Portada » fruits and vegetables » How eating watermelon affects you at night

by edgar
in fruits and vegetables

Many report that eating watermelon at night has few desirable side effects, such as indigestion . Something that contrasts with the opinion of a large percentage of dietitians and naturists, who invite its consumption at any time of the day. To know who is right about this issue, you have to continue reading this article.

A serving of watermelon on a hot summer night produces unsurpassed freshness since 90% of its content is water. But although it is very tempting to do so, many are deprived of consuming it because they have heard or read that it is not advisable to eat it at night. Even though there is no scientific evidence linking the consumption of this fruit with indigestion problems.

How did the myth that eating watermelon at night is bad to come about?

To understand the origin of the myth, we must go back to ancient times, when the supply of drinking water depended on rivers and wells, whose flows used to diminish in the middle of summer. In other words, water was scarce just when the high summer temperature increased the demand for its consumption. For this reason, in those places where it was available, eating a good piece of this fruit contributed a large amount of water to the body, which was scarce to drink. And particularly at night, its cooling effect guaranteed a restful sleep despite the high temperature.

Although watermelon is a low-sugar fruit, more than 70% of what it contains is of a type called fructose. When this carbohydrate is consumed in large quantities, it reduces the levels of leptin, a substance responsible for reducing appetite. So it happens that a high consumption induces the body to eat more food. And we all know that eating a large volume of food for dinner most likely leads to digestion problems.

So this myth is based on a somewhat distorted interpretation of reality. Although eating a reasonable amount of watermelon at night has no detrimental effect, consuming it in large quantities can prevent your appetite from being satiated. And this, in turn, generates an excessive food intake and, with it, later digestive problems during sleep. 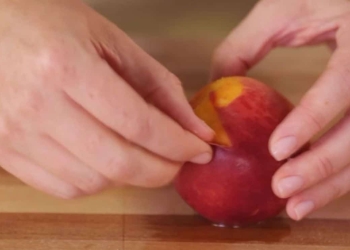 Dare to remove the skin without using a knife from a peach. 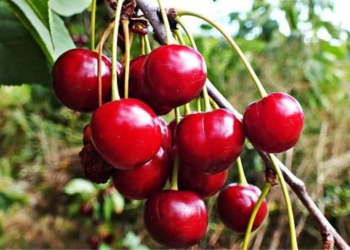 What is the difference between cherries, picks and sour cherries?