Portada » fruits and vegetables » How is peach different from nectarine? Get to know both fruits thoroughly

How is peach different from nectarine? Get to know both fruits thoroughly

by Parmelia
in fruits and vegetables

If you want to learn and know perfectly How is peach different from nectarine? Get to know both fruits thoroughly and differentiate them with a single glance, in addition to knowing their health benefits and their exclusive versatility to accept a wide variety of preparations such as jams , in syrup or as a delicious dessert . The nectarine is smooth-skinned while the peach is velvety. Both delicious and ideal to get the best and most refreshing options for the summer thanks to its sweet flavor , its pleasant texture and its great contributions.

Multiple benefits and qualities in common

From a great aesthetic resemblance to flavors fully similar to the Nectarines and peaches enjoy being excellent seasonal fruits (summer and spring) and that you can also get to taste and enjoy throughout the year through their high possibility and flexibility to accept being conserved .

Juicy textures full of water and fresh flavors , as well as perfect to achieve Premium and gourmet quality dishes, with endless options to offer you recipes for any occasion and for any time of the day. In addition to multiple healthy benefits , from proper hydration to working as incredible antioxidants to fight against cell degeneration and aging.

Both fruits provide fiber for an unbeatable digestion and vitamins and minerals to maintain energy levels in optimal conditions , as well as they are almost completely free of fat and calories, which admits that they can fill us with energy while allowing us to lose weight.

Let’s get to know the peach in depth

Decidedly known as the fruit of youth and a symbol of summer , a fruit made up of a lot of sweetness with a round shape with a very delicate and fruity aroma that also has a velvety outer skin . It can be achieved in shades that include white, yellow, orange and some light reddish depending on the variety.

Its harvest season maintains limited dates between the months of May to September, although there are both early and late varieties that allow a harvest in April and October respectively. Undoubtedly its origin is Persian and it maintained a route to Europe with a connection in Greece.

Production, consumption and ways of preparing it

Undoubtedly, Spain is a major peach producer worldwide, it has world-class crops and varieties, such as those from Calanda and Ordal. Both are perfect to be consumed in an infinite number of forms and ways from salads, as a garnish, in fresh form, in salads, jams, cocktails, cakes, biscuits, roasts, in first courses and as ice creams and sorbets.

It is important to highlight that they have the peculiarity of having a manufacturing industry of international quality and height that allows it to be tasted in any season of the year by being able to get it canned, with which its consumption is guaranteed for when you require it.

Let’s get to know nectarine in depth

First of all, it must be clear that it is a variety of peach , (there is a mistaken belief that it is a cross between a peach and another fruit). Like the peach, it is from unmemorable times and its main distinguishing feature is that its skin is completely smooth.

This distinctive characteristic in terms of its smooth skin makes it a very delicate fruit, since it does not have the lint or protective padding that the peach does. It maintains a round shape and a fleshy pulp . Regarding its external color, it is somewhat more red and bright yellow and with a somewhat smaller size. Likewise, its pulp enjoys the external colors and its flavor is slightly more acidic if it is covered with that of peaches.

Its origin and the actuality of the nectarine

It is attributed a shared origin between the republics of Iran, China and Afghanistan and is believed to have been introduced to Europe by the Roman Empire. Currently Spain is an important source of nectarine production worldwide. Being one of the largest exporters in Europe where some varieties are eventually famous, such as Murcia, Huelva, Seville and Lleida.

Its collection goes from the months of May to the end of July and without a doubt it shares many culinary and gastronomic uses with peaches . Firstly for its great resemblance and secondly for its great contributions and its versatility to go wonderfully in desserts, sorbets, juices, jams, salads , cold soups, and garnishes to accompany your favorite main dishes.

What if I eat ginger every day? Pros and cons of consuming it daily 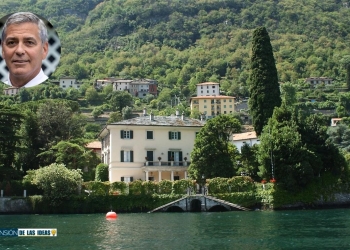