Portada » fruits and vegetables » Lime and lemon do not confuse them, these are the differences

Lime and lemon do not confuse them, these are the differences

by Salima Sanchez
in fruits and vegetables

Lime and lemon are two products that at first glance may be similar. Both are excellent sources of vitamin C, vitamin B6, potassium, folate, flavonoids, and a photochemical called limonene .

But, despite the fact that both fruits are very similar, the truth is that they also have certain differences that you should know.

If you want to learn to differentiate these two citrus fruits, we advise you to keep reading.

Lime and lemon are two products with multiple benefits for our health. This is due to the large amount of antioxidant and anticancer photochemicals they have.

Also, like onion (which is a bactericide) , it also has antibiotic and bactericidal properties . All this makes them a great food in case we want to take care of our health on a daily basis.

Next we are going to know in detail the 5 main differences between these two fruits.

One of the main differences that we find with these two foods are their physical characteristics , which are clear to the naked eye.

While the lime is more rounded and of an intense green color, the lemon in its ripe state is usually characterized by having a yellow and slightly paler tone.

In addition, the size of both fruits is also different: in the case of the lime they are smaller and rounder while the lemons have an oval shape with an upper peduncle that protrudes a little from the fruit.

Although it is more difficult to appreciate, at the aroma level we can also find subtle differences between both products. And is that, while the lemon has a stronger and acid tone, the lime is characterized by sweeter notes , something that is also appreciated in the flavor.

Of course another of the clear differences is in the taste of both products, something that will make the uses that we give them when cooking are also different.

The lemon has a more powerful and much more citrus flavor , in addition to containing more juice inside. While, for its part, the lime has a somewhat sweeter flavor although also marked by some bitter notes and has much less juice inside.

It is known that the lime comes from the Asian continent while, in the case of the lemon, the origin is far from clear.

In any case it is known that both products were imported to Italy in the 1st century AD. Since then their expansion has been increasing.

5. Use in the kitchen

Finally, regarding the use that is given to both fruits in the kitchen, it is very varied and may depend on the country in which we are located.

However, as a general rule , lemon is used to dress salads, meals and roasts, giving it a more citrusy touch. While the lime is usually used in a more isolated way in cocktails, Mexican food recipes or even in some desserts.

As you can see, both foods have some notable differences that we must know if we want to get the most out of them.

How to make pickled onion at home 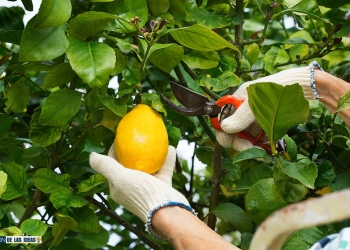 The trick to planting a lemon tree in your home garden

Who are the people who cannot eat strawberries? This is important to know for health