Portada » fruits and vegetables » What does a peach icon mean in whatsapp? We explain it to you in detail

What does a peach icon mean in whatsapp? We explain it to you in detail

Emojis have managed to become everyday characters in our daily lives with the introduction and rise of social networks , from Instagram, WhatsApp and other platforms they have been developed to become a kind of alternative language to transmit fun. But what does a peach icon mean on WhatsApp? We explain it to you in detail Next, an emoticon or emoji of this unique fruit that has managed to cause much controversy in the Android world and that has received the name of ” Peach ” or peach to be an emoticon very similar or allusive to the buttocks .

Let’s do some history

The icons for conversations on social networks are a characteristic boom that has undoubtedly facilitated in an extraordinary way the correct expression of feelings through WhatsApp and other interactive platforms. These emoticons are divided into categories and in turn into subcategories covering a large number of diversity where the main faces (usually yellow) animals, weather, symbols and numbers stand out.

These icons or emoticons have achieved a considered substitution of words for expressions and for one of these symbols, achieving an extremely fun interaction both visually and in correct conversation. For this reason, it is very common to express abstract ideas through them , putting words aside, and to be able to say how we feel by expressing perfectly well many different feelings: sleep, pain, anger, happiness, sadness, tiredness, disappointment, alertness, etc.

Its outstanding and outstanding success is due to the fact that you can truly manage to give more than one context to each of these icons , and this is perfectly possible from the different angles or cultural contexts and the environment where the people who use them have developed.

By maintaining different meanings for each of the icons, they have become a perfectly viable dialect , in accordance with the area of habitat of the users or the various groups of people who make daily use of these symbols.

What does the peach emoji mean? The true meaning

A little history about its beginnings

It made its first appearance in 2015 and was added to emoji 1.0, but it was already part of Unicode 6. Since 2010 under the name of ” Peach “. Its characteristic shape has allowed it to be used to refer to or represent the buttocks of a person.

The figure of this icon bears a lot of resemblance to the fruit in real life , a figure that maintains a somewhat diffuse fleshy pink color or tone and is displayed with green leaves and rarely with the stem exposed. But it is its lack of clarity at the edges that has generated controversy when it has been considered a sword of Damocles or double-edged blade. Maintaining an ambiguity regarding its correct expressive meaning , which has managed to become a kind of urban legend.

In short, a perfect symbol of a succulent and healthy fruit , but in the end it has ended up being a reference to the buttocks of a particular person. While Apple has managed to carry out certain modifications achieving a better brightness in all its symbols It is important to note that in this peach emoticon it has been possible to carry out almost a complete substitution “obviously due to the great amount of commotion it has caused” and one with a highly realistic appearance has been generated that in the end managed to cause discomfort in many users .

Although there are several theories about the correct meaning of this symbol, this one that we have just verified and exposed is the one most accepted by connoisseurs of the subject , although it will never be accepted within the official circles of technology development companies, it is the most accepted version from the “Vox Populi” point of view.

Now that you know, every time you use the symbol of the famous and healthy peach fruit, they will be perfectly referring to the buttocks or buttocks, being able to express what you want and accessing the most innovative interactive technology through social networks and the use of icons, emojis or emoticons. 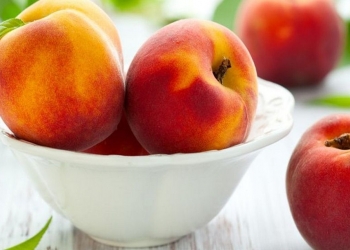 Peach Calories and Nutrients – Benefits of Eating It

How is peach different from nectarine? Get to know both fruits thoroughly 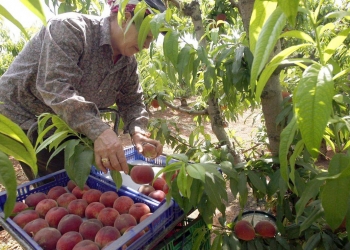 When the peach is harvested. Learn about the peach season

Peach Jam – A fun and easy recipe to make at home 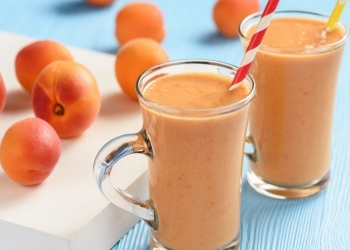