Céline Dion’s water park mansion in Florida: A Playground for the Stars!

Although its price was exorbitant, the mansion was sold for 50% of its initial price in Isla Jupiter

After a long 4-year wait, the fabulous mansion of famous singer Celine Dion mansion of the famous singer Celine Dion has finally managed to sell for the astronomical sum of $38.5 million, a transaction carried out by an anonymous buyer, and that has represented a great difference in costs, since it maintained an initial price of $72.5 million thanks to its large size, its ideal location in Florida and the luxuries that this home has to offer.

The house can offer views and access to a private beach and the coveted Jupiter Island oceanfront, covering an area of just over 1,000 square meters. An apartment that dazzles for its paradisiacal facilities, large pools in the best style of a wonderful water park represents the dream of Celine Dion and her husband to enjoy their vacations in Florida, where the apartment of Leo Messi is also located.

Various entertainment and living rooms and five bedrooms make the mansion enjoy ample spaces for conviviality and the enjoyment of luxury and comfort. The construction is planned to maintain an open plan design, where vaulted ceilings and natural lighting predominate thanks to its large windows that allow the sun to take over every corner of the building.

The master suite enjoys maintaining a large terrace that supports various configurations because it is perfectly divided into an open and a covered terrace, to suit the needs or mood of the moment but always focused on delivering a splendid experience with great views to the sea. This master suite is also literally wrapped in glass panels and features a large walk-in closet with a carousel for shoes and fully automated clothing racks.

A complete water park on the property in United States

Although the area of greatest emphasis could be the water park capable of holding up to 500 thousand gallons with 8 water cannons, an internal river with its own bridge, a couple of additional pools and a couple of slides. By way of anecdote, the water consumption of this property is so large and exaggerated that the singer was fined for the excess consumption of this precious liquid, so the singer decided to build her own well systems to solve this problem.

To build this magnificent genius of a mansion, the couple Celine Dion and her late husband René Angélil acquired two plots of land and completely demolished the previous building, planning and construction, which lasted three years, until they were finally able to finish it and list it, and which has gone on sale according to reliable sources due to the lack of time of its owners to enjoy it as a home vacation.

Perfect location and construction for a vacation home

Incredible views of the Atlantic Ocean and where the couple lived in this mansion with their children, did not achieve the enjoyment they had planned due to the news and the cancer diagnosis of her late husband 2 floors, 13 bedrooms and 14 bathrooms, plus a huge kitchen, make life inside the house paradisiacal. In addition, the property includes a gym and two guest houses with all kinds of amenities to enjoy a great stay, including a built-in kitchen, grill and even a massage room.

It is also possible to enjoy a movie theater and the crown jewel of this home, which is undoubtedly made up of its incredible aquatic facilities that the singer and her husband built for their children’s enjoyment. This mansion had an initial cost of 20 million dollars, to which all the extra expenses must be added from the construction of the new house.

It wasn’t news but a few months ago a thin red line was crossed. Céline Dion had to cancel all her concerts at the Resorts World Theatre, which were to start this November and last until February. She would then resume the ‘Courage Tour’, named after her latest album, which was interrupted by the pandemic. Well, when the dates of his return to the stage in the United States were approaching, the dreaded announcement came through his social networks.

Since then, speculations have followed one after the other because she has not stated the origin of the severe symptoms she is suffering from. On January 15 we could read: “Céline Dion announced today that as her recovery from a recent health problem continues, she, unfortunately, has to cancel the remaining shows of the U.S. leg of her ‘Courage World Tour’, 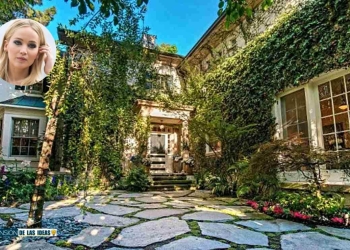 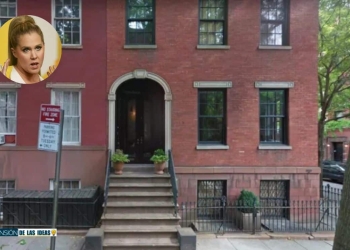 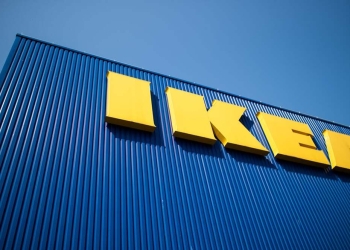