The Biscuit Company Lofts is a historic location in downtown Los Angeles, a building with construction dating back to 1925. It was originally a factory until 2006 when it was converted into cool lofts for living or working. In this iconic location, famed Hollywood director Justin Lin sold his penthouse for $5.5 million, setting a new price record for this area of the Arts District.

The lucky buyer is a senior Warner Bros. executive, who by closing this sale, is giving him generating at least US $3 million in profit for film director Justin Lin, widely known for being responsible for the Fast & the Furious saga for this wonderful apartment in California. The building has also been the home of director Vincent Gallo and actor Nicolas Cage.

A record-breaking apartment in Los Angeles with its price tag

The deal has meant that this condo could become the highest-priced condo in the Arts District in downtown Los Angeles. An area characterized by luxury recovering in a formidable way after the pandemic, a time when buyers abandoned vertical living in favor of single-family homes.

The Biscuit Company Lofts is a definite, luxurious building steeped in history where personalities and celebrities have paraded through its spaces, creating a halo of magnificence for a place that, together with the Ritz Carlton Residences, can get buyers to shell out exorbitant sums of money for a few square meters and enjoy the best of what Los Angeles has to offer as a U.S. metropolis.

Justin Lin is a respected personality in Hollywood, having directed five of the films in the “Fast and Furious” saga. Since he was a director, he has been the director of the “Fast and Furious” saga a decade ago, he acquired this apartment for $2.6 million.to be used as offices and offices for his film production company Perfect Storm Entertainment.

The original building was designed by architect E.J. Eckel in 1925 and remained the official Nabisco headquarters for the United States West Coast. In 2006, it was designated as a Historic-Cultural Monument and maintains an internal layout of a pair of bedrooms and a trio of bathrooms with a total living space of 400 square meters perfectly distributed over three floors, plus an incredible 275 square meters of outdoor space that includes a couple of terraces to enjoy wonderful views of the horizon.

Its interior is designed by Vesta Home, highlighting the maple wood floors, brick walls, and high ceilings, creating a striking visual that truly makes an impact. The second floor is intended for office space, and the second floor has a combined area for the living room, kitchen, and dining room, with direct access to the terrace. The third floor has a special ambiance to function as a retreat, with a private balcony and a bathroom decorated with a spa salon inspiration, highlighting the double vanity and deep soaking tub.

History and comfort in an unsurpassed area of Los Angeles

The Biscuit Company Lofts condominium also has access for all residents to a swimming pool, concierge, subway garage, and gym. Services that can be available 24 hours a day, and the wonderful news is that the building is covered under the Mills Act, which makes it possible for owners to abate the property tax in exchange for getting the historic structure restored.

A house that the Taiwanese-born director enjoyed since 2012. as a genius office space for his production company and as a partial personal residence, given that his primary home is in Pasadena and that it signifies an endpoint for the filmmaker, who pockets a significant profit for this space in Los Angeles. 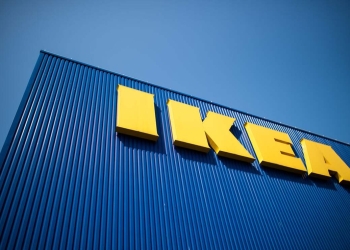 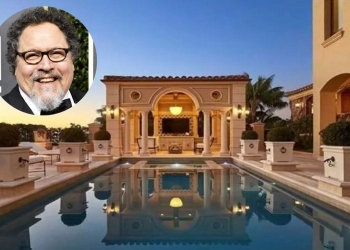 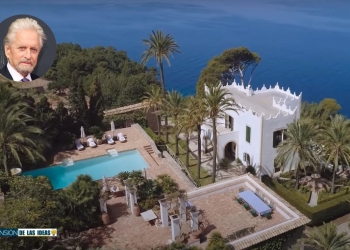