The best homemade tricks to get rid of damp towel odor

if your towels have an intense and irritating odor even after washing, it is accumulated moisture.

One of the most uncomfortable odors that I particularly detest is that of humidity, especially when it adheres to sheets, blankets, pillowcases and especially when it is released from towels and bathrobes that were supposed to be “clean”.

This kind of swimwear is manufactured with the purpose of drying everything wet on hands, face and body in general, so, inevitably, after several uses, they will begin to emanate a stench that is not what we would like. In addition, if they are not properly spread after use to dry, this odor will become worse and worse and more unbearable.

The good news is that there are some homemade tricks with cleaning products that you probably have at home, and some of them are even eco-friendly! Would you like to know more about them? Read on! Previously, we told you how to remove musty smell from clothes, now we reveal what to do to remove musty smell from towels easily, quickly and without spending almost no money.

Why do towels smell bad?

In most cases, this odor is caused by constant dampness, which, over time, leads to the accumulation of bacteria, spores and mold. In most cases, this bad smell is due to the fact that the towels have been stored without being completely dry or because they have been wet and tossed around in the laundry basket for a long time. They even give off a bad smell when they are left in the washing machine for a long time. Some of these causes are as follows:

How to remove the bad smell of towels in the washing machine?

Before starting with the infallible techniques to make towels smell nice, you need to know that they should be washed and disinfected at least once a week. However, if they are cloths that you use outside the home (for work or the gym), it is best to rinse them daily with soap and water.

Now that you know this important fact, pay attention to my favorite techniques for eliminating the stench of dampness on fabrics:

Washing towels with vinegar and baking soda in washing machine

One of the most effective methods to have towels and bathrobes without this annoying odor, is the irrefutable duo of home cleaning: white cleaning vinegar and baking soda have you heard of the effects of this all-purpose cleaner? Sure you have! Its properties are ideal for removing all traces of fungi and bacteria, thoroughly disinfecting, softening and even whitening! See how:

Final tip: If you are struggling with stubborn stains, apply baking soda directly to the stain and scrub vigorously with a brush.

Do you feel that your towels give off a putrid, musty odor?
Turn to ammonia, a powerful detergent capable of killing the strongest stenches and removing stubborn stains.

If you wash them by hand, the process is similar, except that you must soak them for 30 minutes in a basin with warm water and a cupful of liquid ammonia. After this time, drain, rinse and let them dry in the open air (preferably in the sun).

Note: Do not forget to wear gloves and do it in a ventilated space so that you are not affected by the smell of ammonia.

Bleach or bleach, the ideal choice for white towels

If what you want, in addition to removing the smell of humidity, is to whiten or stain white towels or bathrobes, a great allay is chlorine bleach, also known as bleach or the famous “bleach”. This is a perfect disinfectant bleach for white fabric, however, before using it, check the washing label to make sure it is suitable and will not damage the fabric fibers.

If you have already gotten rid of this unbearable stench, you should know that this task does not stop there. Remember that the best way to prevent them from smelling musty is to prevent their appearance. This is the way:

And don’t forget! If there is moisture in the cabinet, and you store them in it, this will lead to them gaining this odor after a couple of days of storage. One way to combat this disease is to place cloth bags filled with rice, coffee or salt. Try it and let us know how it goes!

How to eliminate strong odors?

In addition to towels, we can look for different products to help us eliminate those unpleasant odors that we do not like, here are 8 cleaning products that will help you and that surely you have at home many of them

How often should a home be cleaned? This is what cleaning experts say 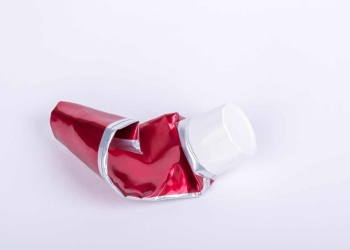 The Incredible Trick You Didn’t Know You Needed: How Toothpaste Can Clean Your Kitchen 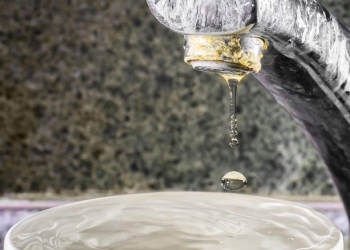 How to Remove even the Most Encrusted Limescale from Household Surfaces 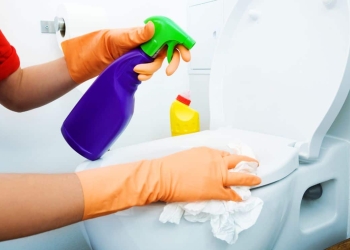