Olive oil and sunflower oil have certain differences, especially because the former is rich in polyphenols and the latter not so much.

by MJ Payares
in ingredients and food

The liquid that makes you live longer with just 1 tablespoon a day, Harvard University proves it

The OLIVE OIL is the most recommended when talking about this type of food because of its antioxidants and health benefits. For this reason it is known as liquid gold, but let’s not forget that it is not the only oil on the market; canola, coconut, peanut and sunflower oils are also available.

The latter is considered the direct competitor of olive oil and, given the nutritional value of both, many people wonder if there are real differences. The truth is that there are, and they include everything from obvious things such as the material and process from which they both come, to the percentage of fatty acid they provide on a daily basis.

On the other hand, olive oil, especially extra virgin olive oil, is characterized by a high percentage of polyphenols, antioxidants responsible for slowing down the destructive effect of free radicals. It also contains vitamin E, squalene, chlorophyll and carotenoids such as lutein.

In the case of sunflower, it is not the king of polyphenols, but it has a huge dose of vitamin E; a nutrient that helps protect cells from age-related damage. Unlike the other oil, this one is not the king of antioxidants, which makes it less interesting at a nutritional level.

Sunflower oil may be related to the prevention of diabetes, although more studies are still needed to prove this. The belief originates from a study that demonstrated the effects of the seed on blood sugar.

It may also reduce inflammation because those who consume the oil and seed have much lower levels of C-reactive protein. Cardiovascular diseases are also eliminated with the consumption of this oil, since it has the ability to block an enzyme that causes blood vessels to contract.

Its magnesium levels reduce blood pressure as well as unsaturated fatty acids, such as linoleic acid. It should be noted that the more refined the oil is, the less nutrients it will have. Its elaboration process is based on pressing the seeds of the plant.

On the other hand, olive oil is basically a juice produced by pressing the fruit of the olive tree that does not require chemical methods. The benefit for which this oil is best known is that it reduces the risk of suffering a major cardiovascular event. Likewise, those who consume this product regularly tend to have better cholesterol levels and lower blood pressure.

Olive oil has the particularity of acting as an anticarcinogenic shield, preventing the appearance of this disease in the breast, digestive system and colon. The polyphenols it contains act as antioxidants that reduce the probability of suffering from diseases such as senile dementia, Alzheimer’s and reduce neuroinflammation.

Weight loss is another of its benefits, since it stimulates intestinal activity. Mental health is also favored according to studies. At the intestinal level, it calms inflammation in this area and provides immunity due to the polyphenols it contains.

Ikea has the most practical and exclusive coffee table for your dining room at a bargain price.

Spanish architect designs this prefabricated house in the mountains of Taiwan 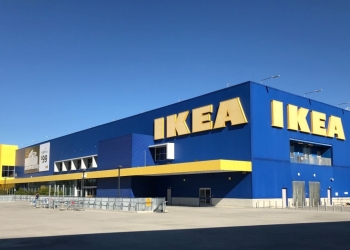 Finally in stock: IKEA’s duvet cover that saves you from even having hot sheets.

Bookshelves that transform your home: a new look at home with Ikea 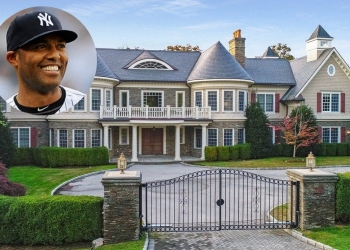