Portada » The Mansion Blog » How to eliminate intestinal gas effectively

How to eliminate intestinal gas effectively

by La mansión
in The Mansion Blog

8 mistakes that make you put on weight while you sleep Don’t make them !

How to choose the right tools for DIY

How to Eliminate Flatulence or Intestinal Gases?

We all know how annoying children can be. Intestinal gases , these are known as the presence of air in the digestive tract, their origin can be varied: swallowed air results from the digestive process and the diffusion of blood towards the lumen of the intestine, they are hydrogen (H2) , carbon dioxide (Co2) and methane (CH4) .

But do not complicate yourself too much , this is a process of formation and elimination naturally when the body does not have any affections, it is important for us to highlight that there are acute and chronic diseases that do not allow regulation in the intestine, making it lazy.

Another cause of gas is indigestion of some foods , either due to improper chewing of food, due to fermentation of food, as well as not ingesting enough water and not having a daily bowel movement. The consumption of 8 to 10 glasses of water daily is recommended to help the movement of stool and facilitate the exit of intestinal gases.

Each organism works in a different way, in a healthy organism the production of gases is minimal and easy to expel, as there are digestive problems, these accumulate and are even produced with a bad smell. Constipation is the first cause of this discomfort. There are natural antispasmodics, anti flatulent, anti-inflammatory.

What to ingest to expel the flatus or gases?

You just have to place one or three anise stars in boiling water (approximately 1 glass), let it rest and consume three to four times a day until the condition disappears.

Its preparation is simple; You should only place a medium portion of ginger in boiling water, let it rest and consume three times a day.

In this case, pour a medium tablespoon of chamomile into boiling water, let it rest and consume as many times as you want.

Its preparation consists of the same process as the previous ones, you must consume it three to four times a day.

Cinnamon greatly favors the elimination of gases in the body; boil half a cinnamon stick in water, let it rest and consume four times a day.

It can be made from fruits such as papaya or milky, pineapple, orange, lemon, mamon, fiber such as oatmeal, yogurt.

This option is highly effective, you can eat it warm or hot.

Take one to two sips every hour until they start to come out.

Add one or two teaspoons to half a glass of water, beat until incorporated, and drink three times a day.

Although it seems a bit strange, you should chew the mint leaf, it can also be prepared as an infusion. Place several mint leaves in 250ml of boiling water, place a teaspoon of honey, stir, let it rest and consume warm.

This also helps to eliminate gases, but it has a better effect if it is consumed raw, either in paste or shredded.

How to help the elimination of gases?

What should you not consume?

Avoid consuming dairy products, grains, and fats, as these promote the appearance of gases. Besides that, legumes like lentils, chickpeas, beans, peas, soybeans, beans, vegetables: cauliflower, cabbage, cabbage. To consume it is recommended to soak overnight.

It is important to mention that the consumption of radish, artichoke, chard, cucumber, pepper, lettuce, raw onion among others should be moderate; as it is also very negative to consume whole grains, sugary soft drinks, tomatoes, celery, carrots, alcoholic beverages, chocolate, among others.

A daily walking routine will help eliminate these annoying and uncomfortable gases. Walking for 10 to 30 minutes daily helps to restore the peristaltic movements of the intestine. These exercises should be done on your back, but due to the annoying of the gases in that position, you can start them on the left side until you are completely on your back.

Follow our recommendations and tell us how it went, say goodbye to those annoying gases that do not let you enjoy every day,

How to shop smarter

Wardrobes, duvets and much more to complement your home décor 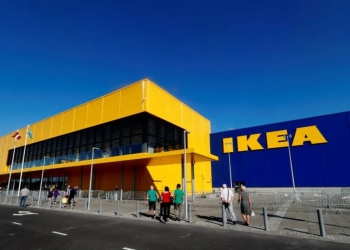 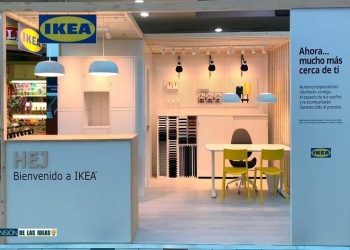