You can’t understand the success of rappers like Eminem without the instrumentals of legendary music producers like Dr. Dre. The Compton artist, Andre Romelle Young, has become a figure in American and global hip-hop for his work and his extraordinary career as a composer of musical bases for artists such as Eminem and as a rapper. His successful career earned him a lot of money, so he acquired a spectacular mansion in his home state California,  United States,  for 40 million dollars.

Dre. bought this gigantic house in 2014, and its sellers were Tom Brady the legendary American soccer player, and his wife Gisele Bündchen, a Brazilian supermodel. The property has a French château style and has a total area of almost 1,700 square meters. Read on if you want to discover what Dr. Dre’s mansion looks like inside and out.

The exterior of Dr. Dre’s mansion in California

Outside the stately home of one of the greatest hip-hop producers in history, we find an immense swimming pool practically covering the entire garden. In this hut, there is a vast lawn area where the American rapper often plays games with his children to keep some heavy and heavy stuff. In the center of the pool is a sort of platform with several modern folding sun loungers with corresponding umbrellas to enjoy the splendid Californian sun in summer.

The mansion is located in Brentwood, a small city in Contra Costa County, specifically in an exclusive and private area. Dr. Dre is a celebrity in the United States, so he acquired this palatial home away from civilization for privacy and to protect himself and his family. Still, unfortunately, thieves stole many valuables from his property in early 2021.

The palatial home of Dr. Dre, Eminem’s producer, inside

The house has five bedrooms, nine bathrooms in total, and a garage with a capacity for six vehicles. In addition, inside, we find great rooms, such as a full gym with a sauna, a recording studio where the American musician works on his productions, and a massive and dreamy kitchen for its aesthetics. Seven fireplaces are distributed throughout the house to warm the home in winter.

Dr. Dre and his wife put a lot of work into decorating the house. Every room is different, from the paint on the walls to the furniture. In addition, the general lighting of the house is a set of small lamps similar to lanterns that provide a very pleasant atmosphere. Not only that, but all the rooms have large windows that let in plenty of natural light. In conclusion, the interior is spectacular and very well-lit.

Rapper Eminem probably wouldn’t have made it this far in his career if it weren’t for Dr. Dre, who would become his exclusive producer. The American hip-hop icon discovered his demo in the garage of the head of a major label called Interscope in the early 1990s. He liked what he heard but didn’t sign a contract with him until 1997 when Eminem took second place in the freestyle category at the Rap Olympics, a freestylers’ event that began in 1993 in Los Angeles. The rest is history. 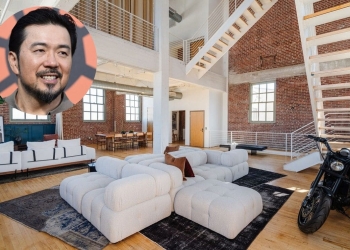 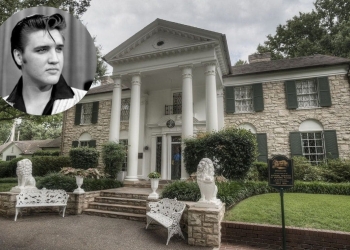 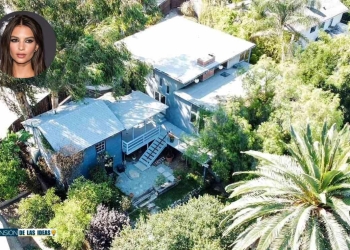