Portada » Home & Crafts » This is the inside of Cara Delevingne’s exotic home in Los Angeles.

This is the inside of Cara Delevingne’s exotic home in Los Angeles.

The mansion Cara Delevingne ‘s mansion is located in the city of Los Angeles (California, United States), and what is most striking about it is its interior, as it is full of stylistic details and very interesting and creative decorations.

The idea behind the design of the house, according to Delevingne herself, was to create a sort of journey, and is similar to that of Miley Cyrus. “The deeper you go into it, the more treasures you discover,” he went so far as to say in an interview. If you also want to <strong,>discover this house’s treasures , read on.

The property of the English actress is one of the most original among the houses of celebrities, if not the most. Residing in this home is a real experience, as Delevingne has designed it to be so. These are the most remarkable rooms of the mansion: 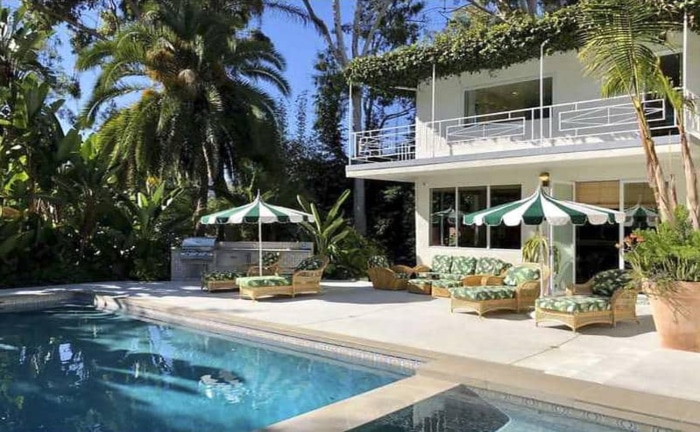 It is one of the most striking rooms in the entire mansion, mainly because of its pink wall decorated with beautiful drawings of royal herons. Among its most striking elements, we find a piano made of glass, completely transparent, in which the model says that many times “play completely naked.”

It also has a beautiful fireplace with which the British actress warms the house on the coldest winter days. It is a very cozy space, perfect for receiving visitors and chatting quietly over a drink or a coffee.

You didn’t read wrong: the mansion has access to a guest room consisting of a vagina-shaped door. Its colors and soft, hairy texture are reminiscent of a real vagina, which impacts those who see it for the first time. According to the English model, being in the vagina tunnel inspires her and helps her to clear her head.

However, as crazy as this idea may seem, it doesn’t end there: the exit of the tunnel-vagina is a washing machine door, quite narrow for those who are a bit stout. We find the concept very original and daring, which indicates that Cara Delevingne is unique and authentic.

The room where Delevingne sleeps is no less striking than other rooms in the house. The walls have colorful and very interesting decorative details, and her bed is quite spacious and modern, especially since its dominant color is purple: a rather uncommon one.

The theme of this room is “Alice in Wonderland,” one of the films that most marked the actress. It includes, among other things, a grand piano, a ukulele, a quite comfortable sofa... Finally, this room gives access to a large terrace connected to the garden, which for Delevingne is a place of relaxation.

We finish this tour of this house’s highlights with the British model’s playroom, which draws much attention for its impeccable aesthetics. It’s just poker here, a popular card game that Delevingne claims to have mastered.

The design of this room is so well cares for that it looks like the entrance to a play, and it is inspired by the aesthetics of David Lynch’s films. We recommend you continue to get to know Cara Delevingne’s house on your own because she has a brilliant and very creative mind when decorating homes . I’m sure you’ll love it!

Prevent deterioration of your gold jewelry with this home cleaning method 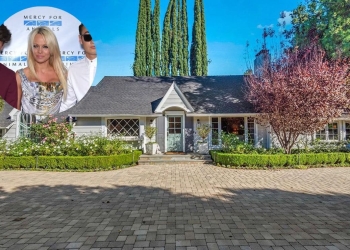