Portada » Home & Crafts » This is the inside of Donald Trump’s Florida home raided by the FBI tonight.

To heat or not to heat: pros and cons of pellet stoves in the Home

Geothermal energy: advantages and disadvantages of the energy that allows you to save throughout the year

Currently, the mansion owned by former U.S. President Donald Trump in Palm Beach (Florida), known as “Mar-a-Lago”, is being inspected from top to bottom by the FBI. The reason is that the former U.S. president is currently the focus of a congressional investigation into what happened last year on Capitol Hill.

However, we will not go into that subject on this occasion. We will talk about the mansion Trump owns in Florida (the state where tennis player Serena Williams also bought her mansion): a home he is very fond of. Discover all it has to offer!

“Mar-a-Lago” stands out for being very opulent, much more so than the luxury-filled apartment Trump bought for himself in Manhattan (New York). It is a gigantic mansion, which Vanity Fair magazine describes as “a super exclusive club which can only be accessed by certain people in the president’s sphere.” It is so exclusive and private that was said to be a place of refuge for his wife, Melania Trump.when she was confronting her husband.

This house was baptized by the former U.S. president himself as “The Winter White House” and is a true eccentricity: it consists of no more and no less than 118 rooms and a gigantic personal library. However, despite all the amenities of this mansion, its pool and spa are surprisingly not for private use. Trump and his wife have to share these facilities with members of the exclusive golf club, a sport the former president plays with some frequency, which surrounds the property.

What “Mar-a-Lago” means to Donald Trump

This mansion brings back fond memories of the magnate and former president of the United States. He acquired it in 1985 as a retirement or vacation spot, until 2019 when he decided to make it his permanent residence. The main reason for this change was that, in this mansion, he married his current wife, Melania, and his children with their partners. Others claim it is due to tax reasons, since the state of Florida, unlike New York, does not levy a state income or inheritance tax.

One of the Trump couple’s favorite activities is to sit outside for lunch or dinner by the spectacular pool. They usually sit at a small table so that no one comes to bother them in their romantic moments because it is not a private space, as we mentioned before. In any case, Donald Trump resides at home in Florida, one of the states where he accumulated the most support in the 2016 election. Some argue that this is why he moved to the southeast, to cement his campaign to win again in 2024. Will it succeed? 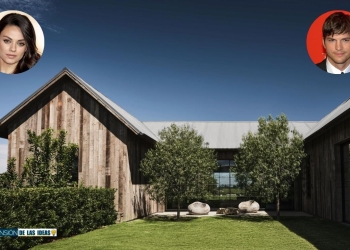 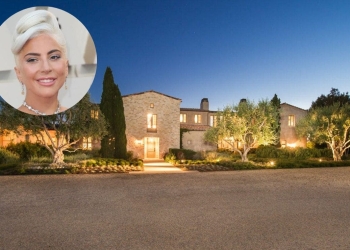 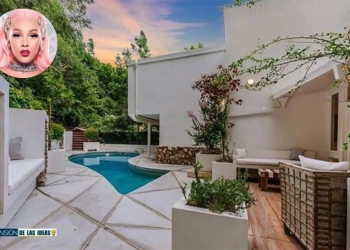