Portada » Home & Crafts » Ironing your clothes to eliminate viruses and bacteria: Learn the whole truth about the effectiveness of doing so.

Ironing your clothes to eliminate viruses and bacteria: Learn the whole truth about the effectiveness of doing so.

by Rafael
in Home & Crafts

How to clean sliding windows without disassembling them

In ancient China and Egypt, evidence has been found that these civilizations were already using the ironing technique, both for questions of and for everything relatedto the benefits for the health of the patient. health that involves the fact of achieving the ironing of the fabrics, including sheets, tablecloths, cushions and curtains is possible. eliminate a good portion of bed bugs, lice, parasites, mites, pinworms, fungi and viruses such as influenza, herpes zoster or conjunctivitis. This has undoubtedly saved countless lives throughout the history of mankind.

Ironing and the correct preservation of fabrics

The reasons why you should ironing your clothes go much further than justironing. Aesthetic and wrinkle removal, freshly ironed clothes are ideal to be cataloged as a symbol of hygiene, neatness and cleanliness, cleanliness and maximum elegance, however, there is a real undercurrent to this routine and it concerns the preservation of the fabrics as well as the correct elimination of bacteria. Every time you expose your fabrics to the necessary washing, their fibers soften and lose their properties (original shape).

This is why a timely and periodic ironing after each washing will allow to restore the shape of each of the fibers, which is why the various ironing functions or modes should be used depending on the type of fabric (ideal temperature) according to the manufacturer’s instructions, ensuring that the garment will receive the necessary temperature. updating its shape by exposure to the temperatures of the ironing process.

The sole fact of ironing, thanks to its great disinfectant effect of its high temperatures, has allowed saving countless lives by eliminating viruses and bacteria in an effective and simple way, taking into consideration that virus proteins are neutralized in minutes above 70 °C and die immediately when they reach about 200 °C.

Ironing fabrics – a matter of life and death!

The modern iron as such appeared in an 1855 account during the Crimean War when sailors were known to use a hot cannonball to iron their clothing on a flat stone. The English army captain to whom the story is attributed explains that it effectively eliminated parasites and diseases of the time:

Infections, bacteria and diseases that evidently caused more casualties than the various wars combined and that devastated the entire European region, including Great Russia, where we remember Lenin’s famous phrase: “either socialism defeats the louse, or the louse will defeat socialism”. But it was not until 1939 when Herman Müller discovered that heat effectively kills nits, which allowed ironing to remove them in a simple, chemical-free and relatively inexpensive way.

In Spain during the civil war, typhus and lice made their disastrous appearance, although insecticides and boiling clothes could be effective, it was much more economical and practical to iron the fabrics. With encouraging results, a massive campaign was launched to make ironing clothes and fabrics a regular household practice. Hence, the continued use of ironed clothes has allowed to engrave in the collective mind the firm idea that ironed clothes are much more hygienic and better seen in the eyes of society.

After 180 °C the correct sterilization of surfaces infected with many diseases, bacteria and viruses is achieved, in addition to achieving great effectiveness in any place and only needing a metal plate and some heat. As a result, their use has skyrocketed in places where water, detergents, insecticides, electricity and medicines are scarce.

Both parasites and bacteria can be controlled in a great way only with the use of this incredible device. Neutralizing viruses, germs, diseases and bacteria while doing much more. our garmentsas well as enjoying giving them the necessary beauty of a neat garment with perfect pleats for a beautiful and dazzling visual, here you can visualize the best of the best
tricks for ironing
your clothes and leave them wrinkle-free.

Today, technology has made steam irons( high temperaturesteamers ) perfect for use on curtains, furniture upholstery and large fabrics such as carpets and tablecloths. The heat effect can reach each and every corner of the garment (surface) and disinfect it in a process that is relatively fast and with the least possible difficulty.

A task that is possibly boring and lacking in fun, but over the years has not changed much in its ultimate functions, that of saving lives and keeping surfaces clean and free of dangerous and deadly agents. In short, a very pleasant alternative for these times of pandemic and fight against a virus that has obviously made us much more attentive to the problems of cleaning and proper disinfection of all surfaces, including textiles.

Oatmeal and banana smoothie. Here’s what you should take if you want to run long distances

How to clean sliding windows without disassembling them

Foot Locker is offering these Lacoste sneakers at half price. 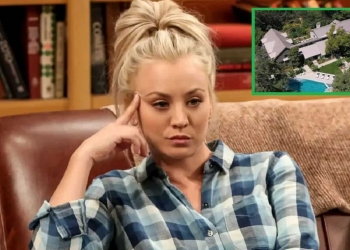 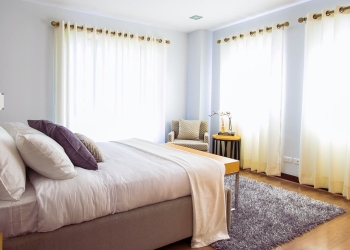 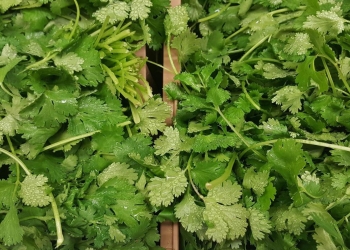 This is how you should plant coriander seeds to obtain good results.