The prefabricated house absolutely free with this promotion

An incredible initiative that gives you access to this prefabricated home free of charge.

That a prefabricated house is free in exchange for renting it is an idea that obviously revolutionizes the real estate sector, and you don’t have to wait for this situation to become real because it already is. A home prefabricated that can be yours thanks to an excellent and very striking promotion and it is that Escape as a construction company and one of the leading U.S. builders of mini homes and modular prefabricated floors, which is also among the most successful in sales thanks to models that have really achieved very good reception. This company has decided to give away houses, it is the Vista Boho model which maintains a base price of 48,288 dollars (45,900 euros on average).

Although it may seem like an unrealistic offer, there is no catch to this offer, as it is based on the fact that those interested in receiving this model of The freehouse must comply with the condition of inhabiting the house for a predetermined period of time and the rest of the year the house must be placed in rent. Where the profits collected from such rent will be divided between the owner and the construction company of the “Escape” at a rate of 40% and 60% respectively. House “Escape” at a ratio of 40% and 60% respectively. A project that according to the company is viable and perfect to take advantage of the immense business and success offered by short term rentals and thus create a linkage with these rentals and mini homes.

A free prefabricated house with this project

A great project that tries to look for new alternatives, as well as to encourage in a direct way the use of prefabricated modular houses and in this precise example the use of mini houses. Although the manufacturing company has not yet expressed itself regarding the number of houses available for this project, it has mentioned that it will not even charge for the transportation of the houses to the final destination of the new owners.

A promotion that allows you to have access to a prefabricated apartment at no cost.

The operation of this promotion for this prefabricated house comes from the hand of “Escape” a company specialized in the manufacture of prefabricated houses. The company has recently maintained a strong influence in this sector, achieving an excellent share of the total number of prefabricatedhomes. market and the appearance of their projects in specialized magazines and on many audiovisual platforms. And now they are back in the spotlight with the offering of one of their housing models with a direct benefit for both the homeowner and the company itself. A promotion that works as follows for a better understanding:

All the comforts of this home that will also generate income for you.

The Vista Boho prefabricatedhouse is available with a wide variety of additional options that undoubtedly shoot its functionality quotas to unthinkable limits, in addition to offering and delivering to its owners many features that make it an ideal home for the homeowner. desiredhome, let’s see what this can deliver for you. prefabricatedfloor.

In addition, there is a luxury package, which evidently presents substantial improvements to those already mentioned and includes air conditioning, security system with keyless locks and much more furniture. And if you prefer a solar panel system mounted on the roof, as well as energy efficient appliances and a water tank.

A greatalternative to have a prefabricated house that stands out for being comfortable, ecological, sustainable, and that also generates The Vista Boho and the new ideas initiative, such as the one being offered by the company, are helping to increaserevenue during the holiday season. Escape to prospective buyers with this magnificent mini prefabricated mobilehome.

This is how to hang a fan from the ceiling to save on air conditioning. 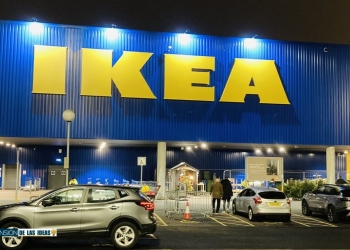 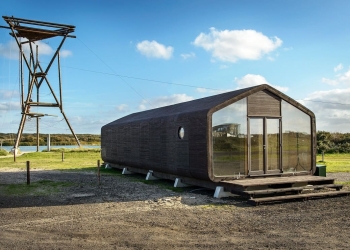 From cramped apartments to cozy Tiny with biodegradable cardboard materials 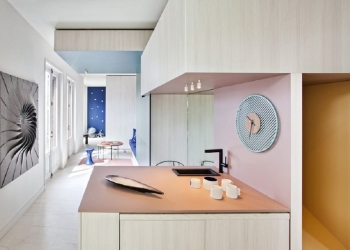 This tiny house can be reconfigured to your liking without the need for construction work.