Portada » Home & Crafts » The only way to build a prefabricated house on rustic land is with this loophole.

The only way to build a prefabricated house on rustic land is with this loophole.

These lands are not developable, and therefore it is very difficult to get permission to build a house, prefabricated or not.

A rustic soil or land is a parcel of land classified by the territorial planning as undevelopable. It is synonymous with rural land, and is characterized by the lack of basic urban services, such as water or sewerage.

The controversy resides in the characteristic of these lands, and it is that are not developable. Therefore, a priori, it would not be possible to construct any housing prefabricated, However, there are some legal loopholes that we will tell you about below so that you can have your prefabricated house without getting into trouble with the law

A single exception: the mobile prefabricated house in Spain

Generally, it is not allowed to erect any type of house on rural or rustic land. However, there is one exception that can be found in the market for prefabricated houses. If it is mobile, in theory there would be no problem to build it on a plot of land established on a plot of this type. This is because this type of housing is not anchored to the ground and can be self-sufficient on its own, without connection to water or electricity supplies. What you cannot do, by any means, is to build a traditional prefabricated house.

In any case, the municipality of the place where you install your mobile property may come to investigate your situation. After all, it would be very similar to the case of a caravan fixed in a specific space. According to the law, rustic land is not suitable for any kind of housing, but it is also true that each municipality has its own particularities.

What is a mobile prefabricated home?

Mobile homes, also called “mobil homes”, are prefabricated dwellings that can be relocated without having to be disassembled. You can move them from one place to another with the help of a trailer. Unlike other modular properties, these do not require foundations or a building permit, which greatly reduces costs. This is a great advantage over the traditional house model, since you can place it almost anywhere and change the location when you get tired of it.

They are very easy to install and adapt to any terrain, but must always comply with the conditions of habitability and municipal ordinance. In other words, they require documentation on their location and situation, the corresponding urban planning authorization, etc. This is exactly the same as with caravans. In the eyes of the law, these dwellings are treated as movable property.

The best-case scenario for these transportable houses is that they are completely self-sufficient and not dependent on third parties. However, they can be connected to a network in a campground or caravan park, among other places. Remember: if you are thinking of buying one to install it on rural land, first check the regulations of the autonomous community to see if it is allowed or not. 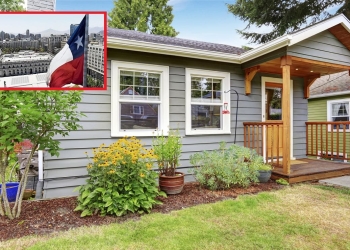 Prefabricated Hobbit house with a green roof ready in 3 days

The perfect prefabricated log cabin that blends in with nature 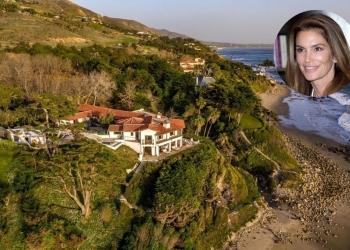