by Alberto Jose Martinez
in Present

According to an old proverb, “The ship that has not tasted wine will taste blood,” a Ancestraltradition of sailors that is truly lost in time, the connotation has had various ancient exponents, in Babylon they sacrificed an ox, the Vikings used human blood to baptize their ships and the Turks a sheep. A pagan ritual perfectly orchestrated to try to obtain the benevolence of the gods towards the boat when it had to face the sea. Time worked its magic and the blood was replaced by wine and then champagne.

A ritual that has managed to evolve from ancient times to the present day, known as the baptism of a ship and that has become a strict and obligatory rule among seafarers. A case of collectivesuperstition or simply a ritual of paganism, what is certain is that the unchristenedships have suffered misfortunes, among the most emblematic and well known of which is that of the Titanic, which was launched into the sea without previously complying with its traditional christening and we all know the disastrous results.

A little history of this tradition of ship christening

The Romans maintained the custom of breaking an amphora of wine “they associated wine with life” in this way the wine would serve as a carpet during the inaugural plunge of the ships. Nowadays a bottle of wine (usually Champagne) is usually used and must be carried out with the force of a female hand (crashing it against the ship), so that luck will accompany you on all your ocean voyages.

Wine offerings in Roman times were always made for sea voyages, which is why it is common to find amphorae of wine on the seabed of many ancient ports. During the Middle Ages it was very common to sponsor ships with the help of a personality of certain relevance, which carried out a toast from the deck with the help of a gold cup inlaid with precious stones. Some time later it was approved that the gold cup was thrown to the crowd, the custom stopped being carried out when the production of ships reached an accelerated pace and it was no longer profitable to throw gold cups daily and was resumed to just the toast.

In relation to the breaking of a bottle, the first record of which we have memory was at the launching of the USS Constitution on October 21, 1797, a modern U.S. military frigate. During the act, Captain James Server smashed a bottle of wine against the horizontal mast of the bow or bowsprit. The custom quickly spread to other countries where it began to baptize each boat before its launching using a bottle of liquor, usually wine, champagne, champagne or whiskey, becoming an obligatory and inexcusable tradition in our days.

A custom that has survived to the present day

Today, this custom is still carried out in a traditional way, but wine has been replaced by champagne simply because it is considered a much more glamorous drink and therefore more suitable for solemn customs. Personifying and giving champagne a magnificent status quo thanks to its great fame as a drink of the highest quality and generally used for situations of superior importance and importance.

The traditional way consists of break the bottle The method was often substituted when the ceremony was preceded by children, young people or women who evidently lacked the necessary strength to break it. hung the bottle on a rope coming from one of the masts to achieve the necessary momentum without the need for excessive force from the sponsor.

From wine to Champagne and the many superstitions associated with it

Champagne has now replaced the use of wine in all cases of launchings, launches and christenings of maritime vessels, mainly because this sparkling beverage enjoys a greater pedigree than wine. In modern times, there have been certain restrictions to this golden rule, one of which indicates that during the era of the great prohibition or “U.S. dry law”, the following were used cider or during the Franco regime in Spain, where by law it was decided to promote the sherrywine.

Champagne baptism is associated with many other superstitions that are very common in the world of the sea, for example:

Today’s technology has achieved a total mechanization of the process of launching or launching ships at sea and only on some occasions is still maintained this custom of crashing and breaking the bottle manually and the old-fashioned way. On smaller vessels, the ritual of simply pouring some liquid directly from the bottle onto the deck of the ship may be used, but the custom has simply been abandoned as a matter of technology and economics.

The sailors hope that technology will not succeed in taking away a legendary tradition that they and all of us consider human and irrational but largely necessary to maintain the fear of the unknown and the future that awaits us. And since you are acquiring knowledge about sparkling beverages you can check this post where you can see the ones
best wine alternatives
available in Spain to buy and enjoy to the fullest this Christmas with your loved ones.

Can you have cinnamon every day? Benefits and contraindications 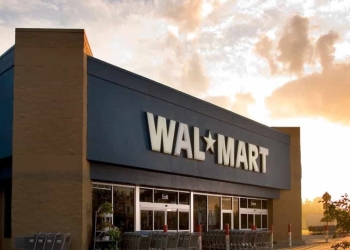